This massive and intricately-decorated bell and pavilion was donated in 1976 to the people of Los Angeles by the people of the Republic of Korea to celebrate the bicentennial of the U.S. independence, honor veterans of the Korean War, and to consolidate traditional friendship between the two countries. The bell is patterned after the Bronze Bell of King Songdok, which was cast in 771 A.D. and is still on view in South Korea today.

Resting peacefully on the knoll overlooking the sea gate from which U.S. troops sailed into the Pacific, the bell site affords an unsurpassed view of the Los Angeles harbor, the Catalina Channel and the sea terraces of San Pedro hill. The bell is rung only four times each year: the Fourth of July, August 15 (Korean Independence Day) and New Year’s Eve, and every September to coincide with bell ringings around the country to celebrate Constitution week. 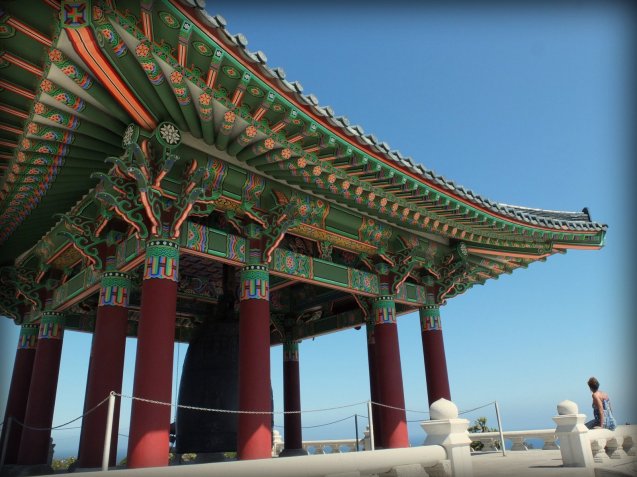